View all posts by lachlan567mps:

my stupid city in the final earth 2

“i can’t believe it, I’ve done everything for you people and you don’t respect me”

i said angrily at home-time. on Thursday, After my work i played my final earth 2, There were some instructions on the screen which told me to help the people to get more likes.

“no, because you are a loser ” then the crowd erupted with laughter.

kanjo and bazooie the fight of earth pt 1

We looked at the old elephant. He was glum.

“Is your name elephant?” asked Bazooie

“Yes,” said the elephant in glee “and you are my grandson Bazooie, right?”

Suddenly a big earthquake started and then i saw it. Gruntilda riding the earth’s core with a new baddie in a fox mask.

“I will destroy you with my son Grunty,” she said in a croaky voice.

She was impossible to defeat.

“What will we do Kanjo?” said Bazooie nervously.

Is it the end of all humanity and will Kanjo and Bazooie destroy Gruntilda once and for all?

dancing with the bears

in Alaska in a stormy night Tim was driving his ford Ute. the ute was really hard to  drive becaue of the ice he was white as a abeano snake because it was so cold. suddenly a burst of flames was raging out off the back of the ute he turned the wheel going into the white field of ice.  tiredly he wakes up and goes out of the car with his pet dog he was drenched in oil from the gaspipe and pushes his car to the top. then this big smelly tuna breath polar bear came and started attacking. sneakily the bear got my dog and ate him up blood dripped from his mouth. meanwhile i got my phone out and called my friend jeff yeetis but the bear ran after a deer. “hey mate how was your loser journey” said jeff yeetis “good but it sure was scary lets go home jeff”.

elephant and jingle( a bazooie and kanjo story)

Bazooie was thinking about his great great grandpa elephant who Gruntilda killed. Kanjo was drenched in hot water after he found a hot spring. “Hey Kanjo do you remember elephant my great grandpa” asked Bazooie “oh you mean that old grump who served king Jingaling’s father jingle” Kanjo replied. Suddenly Kanjo and Bazooie heard there doorbell ring. Kanjo opened the door it was an old elephant then the elephant delivered his speech and said “i’m looking for my grandson”. Kanjo and Bazooie looked at each other in shock. In the core of the earth a new bad guy was planing for revenge.

Suddenly i was at home in bed wondering about Felix’s friend Zelda.

“Is she an angel or a god?” I kept thinking.

In that instant, I put my hand in my pocket and felt a heart-shaped locket. It was Felix’s gold locket. It was a bit burnt from the fire but It remained ancient as It was. I ran to Felix and saw him playing his new viola. There was a box on the floor. It made a whimper. I checked inside. It was a tiny puppy.

“Babushka I bought It for you after the lost of jumble,” said Felix.

suddenly i cried and cried tears was flowing down my hot face “no Felix can’t be dead” i said flinging myself at Felix’s dead body. I hugged him and shook him really hard that’s when I knew I should run. Every doctor ran to Felix to see if he was alright but a miracle happened. Felix’s heart started beating again and he ran up to me and was lighthearted “Zelda are you all right I heard you crying but when I was asleep I saw Zelda the Nazis hanged I think she saved me” said Felix then we both looked up to the sky and thanked Zelda.

Meanwhile in the Hidden Jounin Leaf competition, Ponto Kin and Uzamaki were waiting to go into the  deep dark forest of death. Hokage Karata came to give us our instructions. He said ” everyone has to get two scrolls, one is called the earth and the other is heaven. You need both of them to go to the next challenge”. We got a box, a scroll was in there it was the heaven scroll. We saw our master sitting on a chair rocking violently like a racoon he was wearing a sky blue robe. ” We will demolish them” Kin yelled keenly.

Felix couldn’t stop crying until he fell asleep i patted him on the head Jumble died a few months ago because he had too much smoke in his lungs and wasn’t able to breath properly. Felix woke up and looked at me frightened like i was a wolf then i heard Felix sob. Why is he sobbing i thought. Then i heard Felix scream, the deafening screams echoed through the cold night. i woke up in hospital “Felix wheres Felix” i said “sorry Zelda he had a stroke and died” said Dad. I couldn’t believe it i hugged Mum and sobbed.

being smart means that you behave in safe and responsible ways.

1)why is it important to be safe online?

it’s important to be safe online because if you don’t you might be scamed by someone and you may get your money stolen.

2) what can happen if you are not safe online

3) list 5 steps you currently take to be safe online

step 1 don’t talk to anyone you don’t know

step 4 don’t give out your real name address email

step 5 put your settings to private

the young ghost the mansion

“It’s for sale and only $1” he said wearily. The man with one eye he was withered he looked like the previous owner of the mansion “only $1 you gotta be joking” i teased. “what did you say” he whispered in my ear and coughed up something in my ear “ewwwwwwwwwwww what did you do that for” i said disgusted finally he turned in to a ghost the gigantic ghost what my rumors true then a little ghost came he looked about the same age as me “DON’T DO THIS YOU’LL DESTROY US ALLLL” said the young ghost then i took out my blaster out and sucked all the ghosts up “done and ready to go back to the ghost busters” i said as i went to the ecto-1001. TO BE CONTINUED!!!!!!!!!!!!! 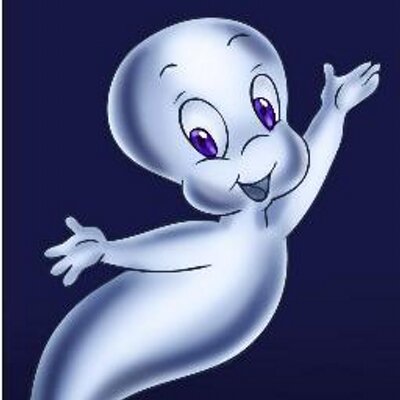 Next page →
Skip to toolbar